Multiple members of the lab finished working on their submissions to the Michigan Academy Conference, being held at Oakland University on February 28th.  The members just received an e-mail early this week stating that their submissions were accepted.  Now Kellie, Sharell, Maggie and Leah will be busy putting together their poster presentations to present at the conference next month.

James is currently in his junior year at Oakland University and is working on a Bachelor’s degree in Psychology.  His research interests includes assessing the relationship between PTG and job loss.  After Oakland, he would like to further his education by attending graduate school to obtain a PhD. James can be reached at: jacasola@oakland.edu 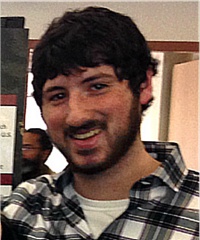