First semester graduate student, Matt, presented his master’s thesis research proposal entitled The Effects of Relational Mobility on the Reporting of Posttraumatic Growth in Japanese and American Samples. The purpose of this 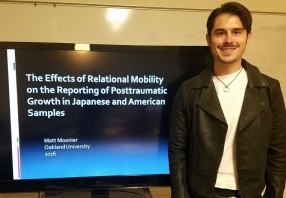 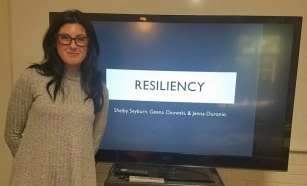 Dr. Taku and lab member, Kyle, presented at this year’s Research Assistant Workshop
hosted by Psi Chi. The presentation began with a brief overview of what it is like being a research assistant and what is required of the position. A number of faculty’s research interests were presented and guest speakers 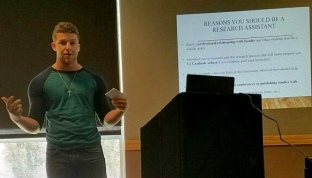 were included as well. These guest speakers were either faculty or students part of a lab and they spoke of what is required of their lab specifically. Finally, Kyle and Dr. Taku explained the process of applying for research assistant positions and tips for being accepted. They encourage anyone interested in getting more experience in the psych department and building positive relationships with faculty to consider contacting professors about research assistant positions. 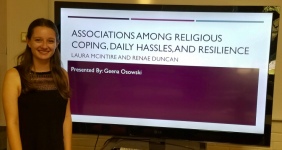